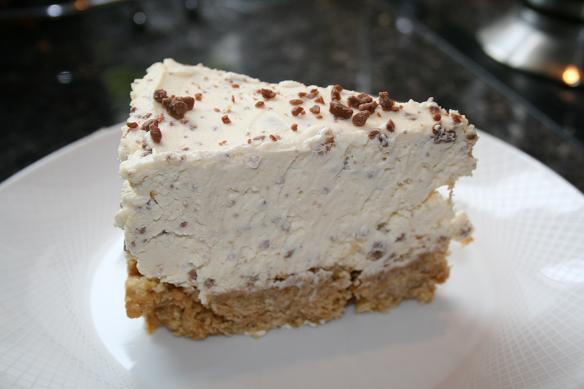 It’s been a busy weekend with tonnes of cooking. Hubby (who currently thinks he is Hugh F-W!) decided to make a clay oven to cook bread in. I’ll have to be honest I was impressed with the bread he managed to cook in it.

The BBQ on Sunday went really well. Unfortunately not many photos due to me drinking quite a bit of pimms early on.

Focaccia – went horribly wrong and tasted awful. May be due to me not having enough strong white bread flour so topping up the recipe with wholemeal bread flour.

Half a shoulder of lamb marinaded in a BBQ sauce – Tasted absolutely delicious. Recipe “borrowed” off a chef who doesn’t want the recipe publicised until his book is out. *rolleyes*

Sweetcorn with Chilli butter – As inspired by Ginger.

Gin soaked watermelon – Never eaten due to the success of the Baileys Cheesecake!

Baileys Cheesecake – I was originally going to do something like banoffee mess for pudding, but my mother-in-law mentioned on Saturday that I should try a recipe with Baileys. I have to say it was absolutely gorgeous. Even my mother-in-law who doesn’t eat puddings due to her diabetes insisted on having a slice!

1) Melt butter and mix with crushed biscuits until thoroughly covered. Press into 8in springform tin. Set in fridge for an hour.